How We Shorted the SPY On Expiration 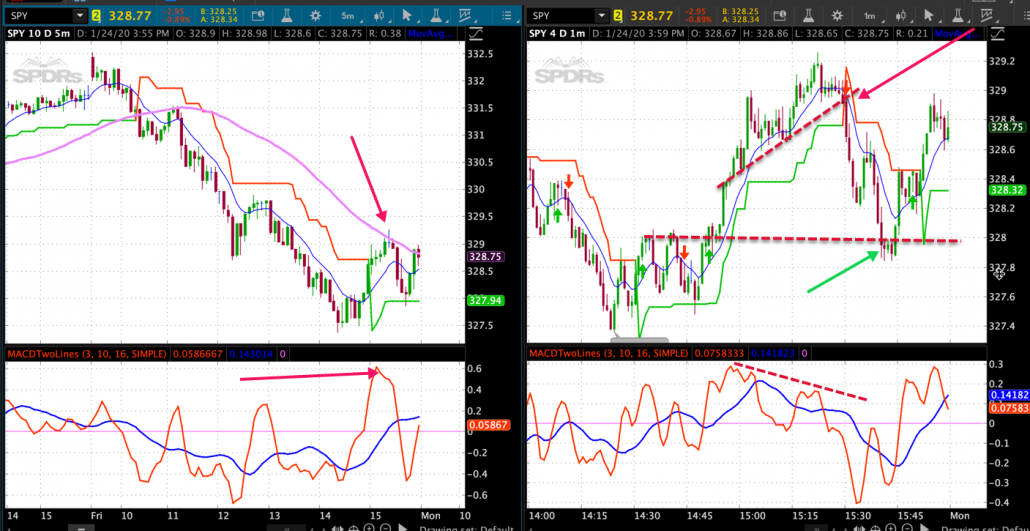 On of my favorite setups for stocks and futures is to watch for a short in an “overbought in a downtrend” 5 minute chart. But a product can stay really overbought, so waiting for the trigger is key. I like using a 1 minute chart to look for the resumption of the downside reversal.

In this case the S&P 500 ETF, the SPY, had a big rally on a 5 minute chart. On a 1 minute chart, however, the second leg of the rally was on negative divergence. In addition, a valid trendline, with at least 3 touches, could be drawn. The initiation was either the break of the trendline, or the break of the ATR trailing stop. In this case, both were at the same price.

We shorted the SPY at 329. This could have been done in 3 ways.Sell short the actual SPY ETF, short the 329 calls, or buy SPY puts.The objective was the support around 328.20. This sounds like a small move,but close to expiration, the percentage gains from trading the options was huge.